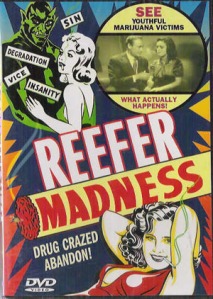 Dialogue on drugs can be a hotly debated topic. The most common debates are whether to decriminalize drugs or to continue drug policies that prohibit them.  The drug policies instituted from the War on Drugs varied. The weapons used in this war against drugs were anti-drug advertisement campaigns and massive enforcement crackdowns on drug users (Suddath, 2009).  The school lecture program, Drug Abuse Resistance Education (D.A.R.E), and “Just Say No”, were two highly popular anti-drug campaigns (Suddath, 2009). Prior to the War on Drugs declaration, fewer than 200 of every 100,000 Americans would be imprisoned; now, more citizens are arrested for drug-related offenses than any other country in the world (Stossel, 2012). In 2002, during the Bush administration, a record number of marijuana related arrests occurred in hopes of dropping unlawful drug use by 25%, but usage only decreased by 6% (Suddath, 2009).

The most apparent break of old drug policy by the Obama administration is the signing of the Fair Sentencing Act into law (Lee, 2010). This overturns Regan’s Anti-Drug Abuse Act by removing the mandatory minimum sentence for crack cocaine and lessens a 100-to-1 compulsory discrepancy between powder and crack cocaine possession (Lee, 2010). However, this act heightens punishments for drug traffickers (Lee, 2010). Moreover, in order to improve drug addiction recovery and diminish the stigma associated with it, the administration created a recovery branch to provide for 23.5 million Americans (Office of Public Affairs, 2012). In 2011, the National Prevention Strategy was published by the administration with its central focus on the prevention of drug use as a tool for the betterment of the overall health of people (Office of Public Affairs, 2012).  Many of the current drug policies differ with the War on Drug strategies of the 70s. In spite of this, however, the Obama administration mimics the enforcement centric aspect. In order to prevent illegal activity (such as drug trafficking and/or illegal border crossing) from occurring at American borders, the administration has added more technology, infrastructure, and a workforce to go with it at the Southwest borders than ever before in the history of the United States (United States, Office of Public Affairs, 2012).

3 thoughts on ““War on Drugs” is War on Sanity”